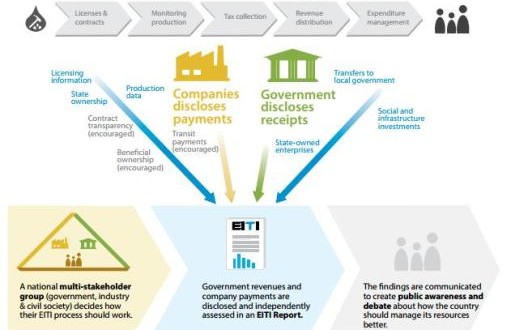 The EITI Standard is the authoritative source on how countries can implement the EITI.

It is the global transparency standard for improving governance of natural resources.It was formally launched at the EITI Global Conference in Sydney 23-30 May 2013, following an extensive consultation process.

The new EITI Standard retains the majority of the requirements of the existing 2011 EITI Rules, but has been significantly restructured into a smaller set of requirements with clearer expectations. The need for the EITI to encourage national ownership of reform efforts in order to better serve the interests of the citizens of member countries has been an important principle guiding these revisions. The requirements for national EITI workplans are designed to ensure that EITI reporting is better grounded in national priorities and reforms. In order to make the EITI Reports easier to understand and use, we are introducing a new requirement that the reports must contain basic contextual information about the fiscal regime, contractual framework, production, licensing procedures, revenue allocations and expenditures. It is hoped that this summary will be readable by interested citizens and help to generate more informed national debate.