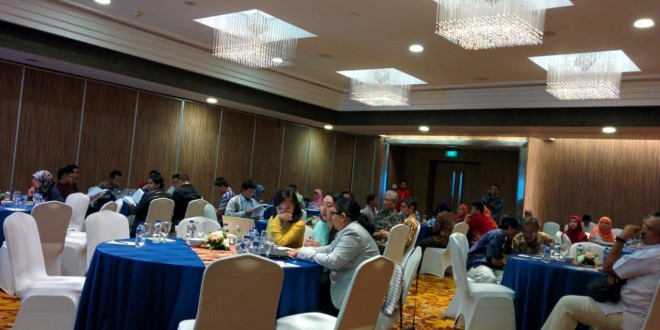 Jakarta, July 20, 2018 – In an effort to increase the transparency of the oil and gas sector, the Coordinating Ministry for Economic Affairs held an Oil and Gas Commodity Trading Forum at the Borobudur Hotel, Jakarta. Information disclosure in the oil and gas sector is one of the things required in the Standard Extractive Industries Transparency Initiative (EITI), in which Indonesia is one of the implementing countries for EITI along with 50 other countries.

Transparency of oil and gas trade is based on the number of State-Owned Enterprises (SOEs) in many countries, which play an important role in the production process, to the sales process on behalf of the government. Governments in many countries get income that is not only in the form of money. This physical income (in kind) can be seen in the ownership of SOEs in stocks, production licenses, or when companies make payments with physical commodities.

Indonesia has published a report on the transparency of trade in oil and gas commodities in early 2018. Indonesia became the first country of 51 EITI member countries, which have published the report. The report contains a number of recommendations for improving governance in the oil and gas sector. Report completion was carried out after going through a number of discussions by the EITI Implementation Team, which consisted of representatives of the government, companies, and civil society representatives.

“The completion of the report is expected to benefit Indonesia. In addition to getting recommendations for improving governance in the oil and gas sector, Indonesia also has the opportunity to determine the direction of the transparency standards of the oil and gas sector at the global level, “said Ahmad Bastian Halim, Assistant Deputy for Extractive Industries, Coordinating Ministry for Economic Affairs.

One of the recommendations in the report is the transparency of import and domestic trade data which covers a large part of the total trade in commodity commodities in the oil and gas sector. In addition, the preparation of all procedures related to the determination of the Indonesian Crude Price (ICP) is needed, such as guidance on the principles used in pricing.

“One of the things in the implementation of transparency is to understand the factors that influence the formation of oil and gas prices, so that later a fair price can be found for the industry and the community,” Bastian added.