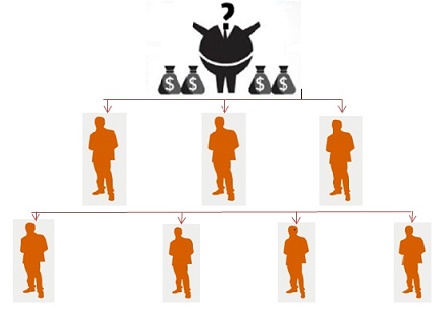 Jakarta – National Coalition to Publish What You Pay (PWYP) Indonesia gives positive appreciation for the issuance of Presidential Regulation (Perpres) Number 13 of 2018 concerning the Principle of Recognizing Benefit Owners of Corporations in the Context of Prevention and Eradication of Crime of Money Laundering and Terrorism Funding Crime (TPPU / PT). The regulation signed by President Jokowi on March 1, 2018 requires each corporation (such as limited liability companies, foundations, associations, cooperatives, partnership partnerships, firm associations, and other corporate forms) to determine, report and update the ‘Benefit Owner’ of the corporation .

Corporations’ Benefit Owners in this Presidential Regulation have been regulated with separate criteria for each type of corporation. Among them have shares, have voting rights, receive profits / profits / remaining business results, have initial wealth, provide funding / capital sources in the form of money or assets of more than 25% in the corporation; has the authority and or influence to dismiss the board of directors, board of commissioners, management, supervisor or corporation supervisor; have the ability to control the corporation; Entitled to and / or receive benefits from the corporation both directly and indirectly.

Maryati Abdullah, National Coordinator of PWYP Indonesia, revealed that the issuance of Presidential Regulation No. 13 of 2018 which has been eagerly awaited by many parties, further strengthened the efforts to prevent and eradicate TPPU / PT which was believed to be part of efforts to accelerate corruption eradication, prevent tax evasion and avoidance, and prevent the flow of illicit financial flow and other criminal acts. Including information on ‘beneficial ownership’ can be used by various Ministry / Institution agencies both at the central and regional levels to improve corporate compliance, avoid monopolies, or prevent risks in trade activities and economic activities that generally involve corporations. Moreover, the public can also access BO information provided by “Authorities” in accordance with the provisions of Public Information Disclosure, as stated in this Presidential Regulation.

Maryati revealed that the issuance of Presidential Regulation No. 13 of 2018 also shows the seriousness of the Government to play an important role in the landscape of global financial and tax reform. For example, Indonesia as a G20 member country, in 2014 Indonesia agreed on the High Level Principle on Beneficial Ownership and Transparency which emphasized the importance of transparency, the availability of accurate ownership information (BO) that could be accessed by authorized institutions. Indonesia as a member of the Asia Pacific Group on Money Laundering (APG), Indonesia is also committed to having domestic regulations in accordance with the FATF (Financial Act Task Force) Standards – specifically FATF recommendations 24 and 25 regarding transparency of BO. In this case, Indonesia has the opportunity to increase its tax revenues through exchanging information with other countries with different jurisdictions.

Dadang Trisasongko, Secretary General of Transparency International (TI) Indonesia said that the number of corruption cases so far was also suspected to be due to the increasingly close political and business relations. The absence of legal instruments regarding the handling and prevention of conflicts of interest has opened up huge opportunities for politicians, regional heads, bureaucrats and business people to conduct collusion and corruption.

“The issuance of Presidential Regulation No. 13 of 2018 can actually be used as a reference for users of public goods and services to actively request BO information, conduct due diligence and ensure the mastery of public resources free from corrupt practices. BO transparency is an important step for the government to eradicate political corruption practices that slow down the rate of increase in Corruption Perception Index (CPI) scores. The synergy between Presidential Regulation BO and other anti-corruption efforts is expected to accelerate the achievements and targets of the government in the effort to eradicate corruption, “said Dadang.

In the sectoral sphere, Aryanto Nugroho, Deputy Element of Civil Society in EITI Indonesia added, extractive industry sectors such as oil and gas and mining have begun their implementation through the preparation of road maps for implementing beneficial ownership through multi-stakeholder initiatives the Extractive Industries Transparency Initiative (EITI) in the Coordinating Ministry of Economic Affairs of the Republic of Indonesia. In fact, Indonesia hosted the international conference on ‘Open Beneficial Ownership’ in Jakarta, October 2017 ago. The Minister of Energy and Mineral Resources, Ignasius Jonan, has also issued Ministerial Regulation Number 48 of 2017 concerning the ESDM Sector Business Supervision wherein the request for ownership approval, the board of directors of the corporation in the ESDM field must be accompanied by disclosure of the data of the real owner / controller of the corporation. “On the other hand, business actors do not need to worry that this Perpres will hamper investment or overlap, instead it will complement other regulations that have been issued,” he added.

Meanwhile, Nurkholish Hidayat, Lokataru Board who is also an activist of the Tax Justice Forum is concerned “Substantially, the regulation regarding BO criteria in this Presidential Regulation (article 4) should not be biased, the determination of BO criteria must look at the factual conditions, namely de facto ownership is not just formal ownership in other letters and legal or administrative documents. Nurkholish hopes that this Presidential Regulation can also cover de facto ownership, which includes indirect relationships between actual beneficiaries and third parties who are formally listed as corporate owners, for example, a wife, child or other agent who even seems to have no relationship with the real owner, but is actually factually under the authority of the actual beneficiary. “Many modes of corruption and money laundering are using indirect relationships like this” – he added.

Nevertheless, Nurkholish added, this Perpres strengthens other regulations that have been issued such as those issued by the OJK or the Director General of Taxes. For example, the Financial Services Authority Regulation, the Director General of Taxes, and (POJK) Number 11 / POJK.4 / 2017 concerning Ownership Reports or Any Changes in Ownership of Public Companies and POJK No. 12 /POJK.01/2017 concerning the Application of Anti-Money Laundering and Prevention of Terrorism Funding in the Financial Services Sector; Circular (SE) Director General of Taxes (DGT) No. SE – 04 / PJ.34 / 2005 concerning Beneficial Ownership Implementation Guidelines as stated in the Agreement on Taxation Avoidance (P3B) between Indonesia and Other Countries, most recently revised through DGT Regulation No. PER-25 / PJ / 2010; and Regulation of the Investment Coordinating Board (BKPM) No. 13 of 2017 concerning Guidelines and Procedures for Licensing and Investment Facilities which contain provisions concerning the beneficial ownership or actual benefit owners.

In general, the coalition of civil society urges that the issuance of Presidential Regulation 13 of 2018 be followed by efforts to accelerate the improvement and development of all its supporting systems, for example the application of Single Identity Number (SIN) as the foundation for building a data integration system in Indonesia, ensuring the accuracy of data and developing systems in reporting BO as well as law enforcement for the non-implementation of BO transparency.