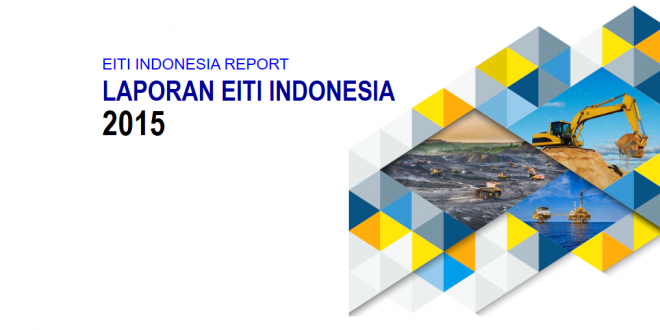 The EITI MSG publishes the 5th EITI Report which includes information on state revenues from the extractive industry in 2015. The publication of the report is to meet the requirements of the EITI Standard where the implementing country must be able to publish a maximum report within two years of the current year. The publication time in December 2017 still meets the EITI Standard so that Indonesia is still a country that is compliant with transparency standards or has compliance status. This status must be maintained during the validation process that will be carried out in 2018. Indonesia is expected to undergo a validation process so that it can maintain compliance status in 2018.

Completion of the EITI Report is conducted approximately four months after the kick off at the EITI MSG Meeting on August 22, 2017. The meeting also stipulates the Public Accountant Office (KAP) Heliantono and Partners to become Independent Administrators (IA) to complete the 2015 EITI Report. month of report completion, the MSG conducts five meetings, four times MSG Meeting EITI and one technical meeting. The second MSG Meeting held on October 3, 2017 stipulates that the MSG approves the inception report or initial report from IA. The third meeting held on 15 November 2017 stipulated that the MSG approved the draft EITI 2015 report. The MSG approved the final report on MSG Meeting on 5 December 2017, although there were some minor improvements. The 2015 EITI Report was published on the EITI Indonesia website after almost all members of the MSG signed an approval form.

The 2015 EITI Report is divided into reconciliation reports and contextual reports. The reconciliation report contains information about the reconciliation / comparison of state revenues paid by the extractive industry and those received by the government. Companies that are required to provide reports for reconciliation are 167 oil and gas companies (operators and partners) and 123 companies from the mineral and coal sector. Up to the reporting deadline, of the 167 oil and gas companies that were expected to report, 14 companies did not report consisting of 9 partner companies and 5 operator companies (2 companies were declared bankrupt by the court). In the mining sector, of the 123 companies required to report, there were 38 companies that did not provide reports for reconciliation. These companies did not submit reports because they exceeded the deadline, no longer produced, and no clear addresses. Although there were a number of companies that did not report, the payment data of the reporting companies (153 oil and gas operator and partner companies and 85 coal sector companies) for state revenues contributed 99.37% of the total national government oil lifting and over / under lifting. , 81% of the total national mining of non-tax revenue..

Contextual reports contain information on governance, licensing and contracts, revenue management, extractive industry contributions, SOE participation, social and environmental responsibility, and management of state revenues from extractive industries. In fulfilling the 2016 EITI standard, there are at least two significant breakthroughs concerning the transparency of extractive industries in Indonesia, namely the availability of cadastral information for the oil and gas and coal sectors, and the preparation of a Presidential Regulation on beneficial ownership transparency carried out by a number of Ministries and Institutions. The full 2015 EITI report can be downloaded at https://eiti.esdm.go.id/en/laporan-eiti-indonesia-2015/