This impact study aims to review the implementation of Indonesia’s EITI activities and their impacts and provide recommendations for EITI Indonesia to have a greater impact on the community in accordance with the role that EITI Indonesia should have, namely to be a mediator and catalyst for the development of an atmosphere of transparency and accountability in extractive industries that encourage active participation the community in the reformative movement towards good and sustainable governance. The scope of this impact study includes functional performance reviews, organizational performance reviews, and organizational governance reviews. The method used is the comparative method, which compares ... END_OF_DOCUMENT_TOKEN_TO_BE_REPLACED 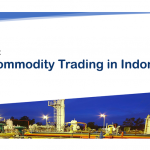 Indonesia’s first commodity trading report is a set of 1,909 transaction records supplied by the upstream regulator SKK Migas. All the data in these records were previously available on the SKK Migas’s website. The recorded value of the transactions, covering shipments of 115 million barrels of crude oil and condensates, is $4.74 billion. Most or all of the transactions included are valued under the Indonesian Crude Price (ICP), an official selling system governing oil and condensates produced in Indonesia and intended for domestic consumption there. END_OF_DOCUMENT_TOKEN_TO_BE_REPLACED

Roadmap of Beneficiary Ownership Transparency in the Extractive Industries 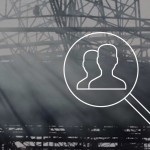 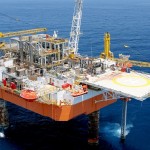 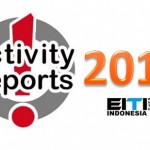 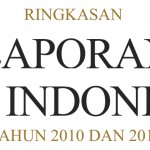 Indonesia submitted its Validation Report to the EITI Validation Committee

Indonesia have submitted its final Validation Report, accompanied by response and explanation documentation, to the EITI Validation Committe for considerations. Based on this Report, and the accompanying documentation, the committe will deliberate and make decision on whether Indonesia have managed to merit the “EITI Compliant Country” status. The Validation Report is an assessment of the implementation of EITI in Indonesia, as part of an effort to fulfill 18 requirements of the 2011 EITI Rules and Regulations. From the total 18 requirements, some have as yet to be fulfilled by EITI Indonesia. Nevertheless, the Implementation Team had conveyed explanations on some ... END_OF_DOCUMENT_TOKEN_TO_BE_REPLACED