Explanation on the 2013 Standards for Extractive Industries Transparency Intitiative 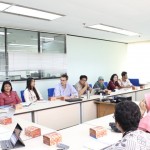 Representative from the EITI international Secretariat, Dyveke Rogan, provided explanations on the newly established 2013 Standards for Extractive Industries Transparency Initiative to the EITI Implementing Team of the Republic of Indonesia on 18 September 2013. END_OF_DOCUMENT_TOKEN_TO_BE_REPLACED

The Submission of 2010-2011 Reporting Forms Has Commenced 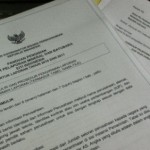 The Implementing Team of the Extractive Industry Transparency Initiative (EITI) Indonesia – Coordinating Ministry for Economic Affairs, announces that the EITI Indonesia reporting period for the 2010 and 2011 calendar year has commenced. EITI Indonesia calls upon various Oil, Natural Gas and Mining companies which are classified as reporting entities and registered in the applicable reporting list to download the latest applicable reporting forms, contact the EITI Indonesia Secretariat and submit their completed reporting form as soon as possible. The deadline for reporting form submission had been set at 14 October 2013. The completed form should be submitted either electronically ... END_OF_DOCUMENT_TOKEN_TO_BE_REPLACED

Transparency in Coal and Mineral Sector

Sorry, this entry is only available in Indonesia. END_OF_DOCUMENT_TOKEN_TO_BE_REPLACED

TEMPO.CO, Jakarta – The First Extractive Industries Transparency Initiative (EITI) Report by Indonesia, which compares revenues reported to have been paid to the government by nearly all oil, gas, mineral and coal companies operating in the country with those received by the government, shows that in 2009, after certain deductions, the government collected US$24.2 billion (Rp251 trillion at Rp10,400 per US$), said a report released by the EITI Indonesia Office. Although the overall contribution of the oil and gas sector to public revenues has long been public information, the EITI report shows the exact contribution of each oil and gas ... END_OF_DOCUMENT_TOKEN_TO_BE_REPLACED

Information Sheet – Proceedings of the First Report of the EITI Indonesia